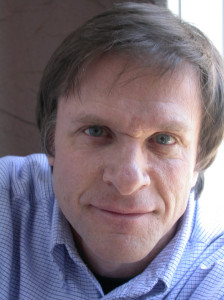 Ira Basen began his career at CBC Radio in 1984. He was senior producer at Sunday Morning and Quirks and Quarks. He has been involved in the creation of three network programs; The Inside Track (1985), This Morning (1997), and Workology (2001), as well as several special series, including “Spin Cycles”, an award winning six part look at PR and the media, that was broadcast on CBC Radio One in January/February 2007, and “News 2.0”, a two part exploration of news in the age of social media that aired in June 2009.  He continues to produce documentaries for the Sunday Edition on CBC Radio One.

Ira has written for Saturday Night, The Globe and Mail, The Walrus, Maisonneuve, Marketing magazine, the Canadian Journal of Communication, CBC.ca, and he is a contributing editor at J-source.ca.

Ira has developed several training programs for CBC journalists, including courses on short-form documentary making, “spin”, journalism ethics, and user generated content, as well as a series of webinars on critical thinking.

He is the co-author of the Canadian edition of The Book of Lists (Knopf Canada, 2005).